Is the iPhone and a whole new generation of mobiles and PDAs eclipsing the physical city? Whereas once the metropolis alone brought together people, markets, goods, transport and information, the iPhone and similar handheld devices are changing spatial interaction. From , Benjamin H Bratton ruminates on the full impact of this technological shift. 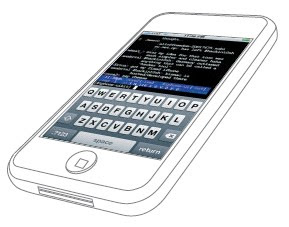 An experiment: one-half of all architects and urbanists in the entire world should, as of now, stop designing new buildings and new developments altogether. Instead they should invest the historical depth and intellectual nuance of their architectural imaginations into the design and programming of new software that provides for the better use of structures and systems we already have. It is a simple matter of good content management. The other half, the control group, may continue as before. 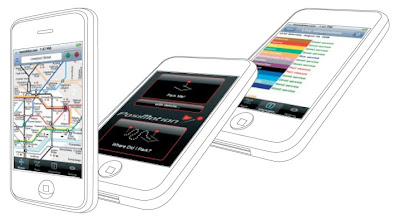 Architecture is at least partially tuned to these. The Modernist call for a more intense technologisation of the disciplinary doxa, blending urban and cybernetic programs, is a now

permanent feature of the discourse. Any such programming of this perceptional space casts the digital city as a shared nervous system, and today the rupture of digital information networks through the membrane of the city into the open view of people and their mobile screens relies on the body’s capacity to ‘proprioceptively’ map its own displacement in real and imagined geographies.

If the first function of the city is proximity (to people, markets, goods, transport, information), the smart digital handset condenses the city itself into an extensible software+hardware platform. Phone+city is a composite read-write medium, allowing for real-time communication through multiple modes, now and in situ, and represents, in combination, an important infrastructure of any emergent global democratic society. It can do this not only because it enables physical, communicative and thereby social mobility, but because it dramatically reinserts specific location into digital space and does so by making location gestural. 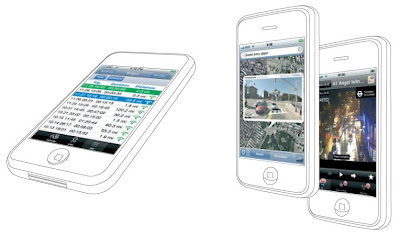 The and the Protocols of Program

The city as seen through the medium of that face oozes with living data to be touched and rewritten all over again. Interaction with this information is recursive; action taken with it on a micro level is itself new information that in turn informs what everyone else sees on a macro level. In this recursion the presence of the information, good or bad, can be directly disruptive to social behavior as people change their paths and decisions in the image of the actions and swerves of others they see indexed in their at-hand interfaces. The graphical appearance of this interface, then, is less a figural representation than a direct urban event, part of bigger circuits of concrete movement. Thus for the architect, the digital city becomes a habitat, a sphere in Sloterdijk’s sense, to the extent that it becomes the foundational layer of the designable software stack. 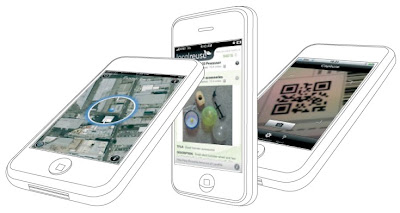 Categories: Technology, Urban Ecology
Tags: Communication, Future city, Network, Real-time
You can follow any responses to this entry through the RSS 2.0 feed.