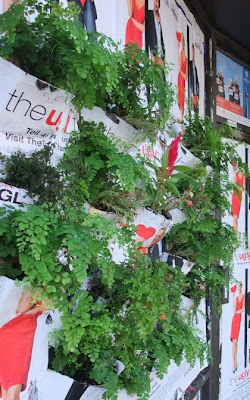 On a sunny morning in early July, foot traffic coming through ’s Kensington Market district can’t help but step out of the morning rush to get a closer look at neighbourhood walls. Normally plastered with splashy advertising, they’re now bursting with green. Postered surfaces are the targets for a new wave of “guerilla” gardeners who are creating cone-like pockets in which flowers and greenery are planted. “At first I thought I was imagining it, that maybe my hangover was worse than I thought,” says Deanna, a graphic designer and local resident. “In this city, everyone just gets where they need to go during rush hour, but people couldn’t stop talking about these wonderful little plantings.” 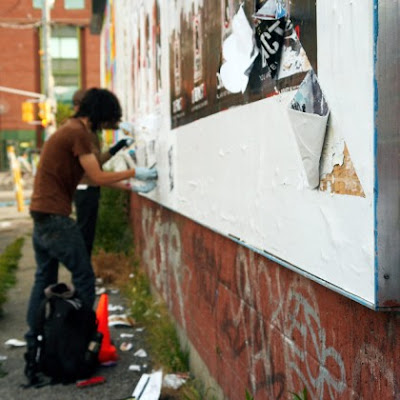 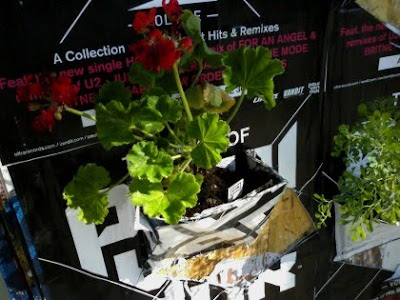 Sean Martindale and Eric Cheung of , a graduate student and architect, respectively, are the innovating urban hacksters behind these “poster pocket plants.” They firmly align their efforts with “guerilla” gardening; the slightly anarchic forebear to many of the urban greening initiatives that have taken root in urban communities. “This project temporarily reclaims space from illegal advertisements to assert other possibilities,” says Martindale. Cheung agrees: “I’m interested in how one ‘hacks’ the city to create a more interesting and thoughtful space.”

Across the country, anyone living in a large urban space is seeing the steady greening of concrete landscapes. From Victoria to Halifax, the past two decades have yielded rooftop gardens flourishing atop buildings; networks of community gardens; urban scavenging; fire escapes and the smallest balconies set abloom with potted plants and a resurgence of covert, gardening in abandoned lots and unkempt patches of urban land. 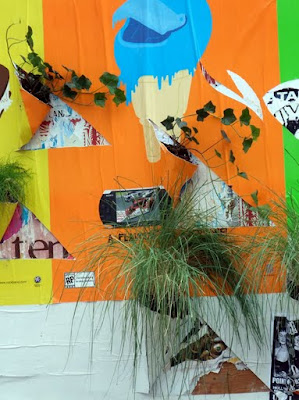 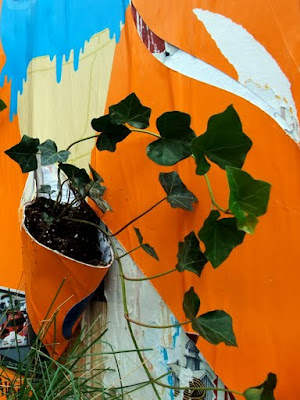 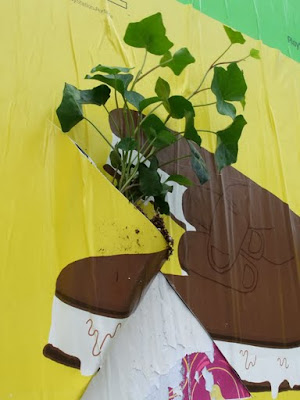 Though the legality of this and similar “guerilla” tactics is something of a gray area, the cheeky green stripe of Martindale and Cheung’s project boasts a colourful history. From the legend of Johnny Appleseed to the Roma people furtively planting root vegetables on public land then returning to harvest them several months later, the modern urban greening movement found its genesis in the East Village of New York City in the 1970s. Galvanized by the immigrant population that grew what they could in the small green spaces afforded to them, a group of radicals dubbed the Green Guerrillas blitzed abandoned or neglected spaces with rakes, flowers and shrubs under the cover of night.

These actions seeded a broad grassroots movement, inspiring thousands of community gardens and similar efforts north of the border. At present, most Canadian urban centres, including , , , and , to name a few, house active cells of similarly minded, green-thumbed activists. 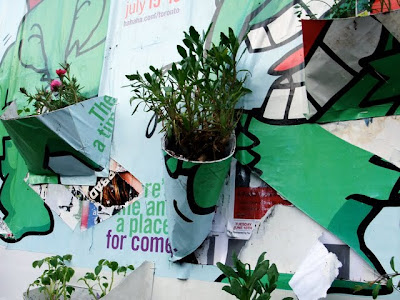 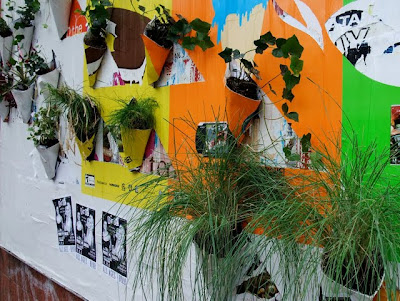 The subtle genius in Martindale and Cheung’s poster pocket plants lies in its cross-pollination with previous guerilla pursuits, happenstance placement and aesthetic ingenuity. “The pocket posters were a direct result of being bored at work. Sean refined a loose sketch model of the pocket to a more conical form with aeration,” says Cheung of the poster pocket. A cut-out template is available online, as they are enthusiastically promoting these efforts as a “free idea” available to anyone wishing to make their own planters and adapt the form to their environs.

The reception to the poster pocket plants has been positive on all fronts, save for many of the plantings being quickly removed and replaced with new and equally illegal swaths of advertising. Says Martindale: “Many people have come over to thank us while we plant, and people are writing to us from around the world. No one has ever approached us to complain.” 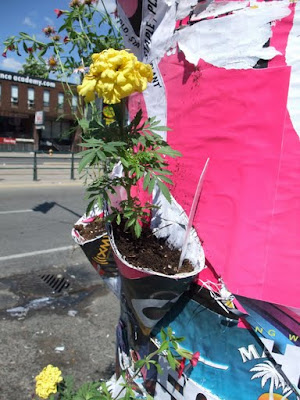 Though the project may not yield the tangible benefit of newly harvested food from a community garden, Martindale and Cheung’s work encourages a deeper connection to urban spaces. “The second glance [the plantings receive] is the most satisfying result,” says Cheung. “If someone can appreciate their urban space as more that just space to ‘pass through’ and instead enjoy small moments, I think the work becomes successful.”

Categories: Urban Ecology
Tags: Innovative, Street art, Sustainable, Urban intervention
You can follow any responses to this entry through the RSS 2.0 feed.